K2, the second-highest mountain on Earth, is located in the Karakoram segment of the Himalayan range, on the border between the Gilgit-Baltistan region of the Pakistan administered Northern Areas and the Taxkorgan Tajik Autonomous County of More 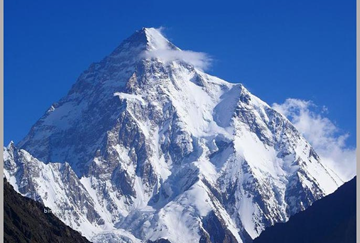 Nanga Parbat, the naked Mountain is the anchor peak of the Great Himalayas is the second highest peak in Pakistan. It has a bad connotation of the “Killer Mountain” prompted the name because after Everest and Annapurna, More 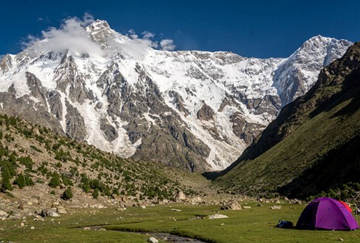 Gasherbrum is a remote group of high peaks in the Karakoram, located at the northeast end of the 36-mile Baltoro Gasherbrum-I glacier. The group forms a semi-circle around its own South Gasherbrum Glacier. It is the highest peak among More 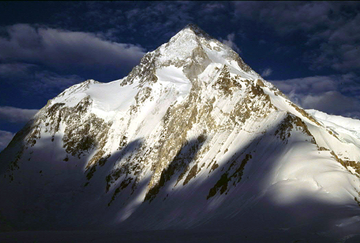 The height of broad peak is 8047 meters/26,401ft. It is called Broad Peak because of its breadth at the top. It has broad peak 8051 malso been called enormous triple-headed Breithorn (4165 meters high three-headed peak of European alps) of the Baltoro. In 1954,  More 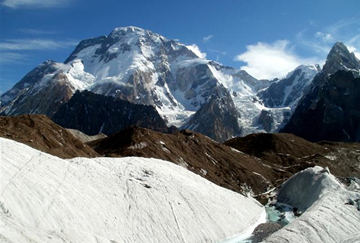 At the head of the Baltoro Glacier, at the end of one of the world’s most famed mountain walks, lies the heaviest and most remote concentration of high peaks on the planet.
Gasherbrum II is part of the greater Gasherbrum group of 5 peaks, 2 of which soar over 8000m,  More 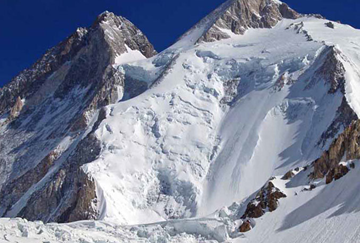