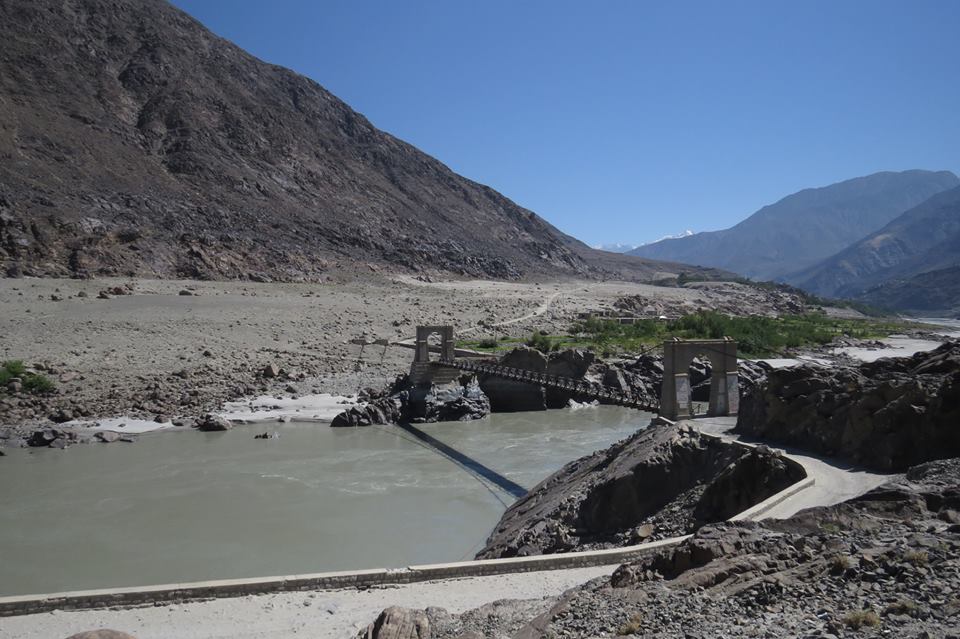 For centuries, the ancient Silk Route was one of the land links connecting Northern Areas with the outside world; the armies of Alexender the Great, the early pilgrims taking Buddhism to China, caravans of spiece and silk traders, and mysterious explorers-cum-spies playing out the “Great Game” of imperial rivalry between the Russian and British empires have all trodden this path.
All these people who explored the adventure of this route brought new ideas and influences instrumental in shaping the way people think and see. The sluggish Process of change in Northern Areas, due to remoteness, suddenly speeded up with conversion of this historic path into Karakoram Highway (KKH) in early 1980s.
Initially KKH, connecting Pakistan with China spurred feeling of openness, connectivity, hope and business opportunities. However, true potential of KKH as a means to uplift the socio-economic conditions of the broader NA society has yet to be realized.
For its sheer mountain grandeur and beauty, few places can match the landscape through which Karakoram Highway passes. A fantastic spectacle is the passage of the highway along the Batura glacier, rated among the world?s seven largest. The Khunjarab pass, which the Highway crosses, and the nearby Mintaka pass lies on the ancient Silk Route connecting Europe with Asia.
The 804.47 kms (500miles) black-top Karakoram Highway, great marvel modern engineering, links the northern region of Pakistan with Chinese Province Xinjiang. The highway follows the ancient Silk Route that was used by Chinese traders during the rule of Han Dynasty 2,000 years ago. There has always been a steady flow of visitors, scholars and traders through this route. Famous scholars like FaHian, Huen Tsang and travellars like Marcopolo also used this route. A brisk trade of tea, silk and porcelain from China and Gold, Ivory, jewels and spices from the India-Pakistan subcontinent flourished almost 2,000 years ago. Where the ancient trade caravans took months to cross the mountains, the same distance can now be covered in hours over an all-weather metalled road.
Karakoram Highway took about twenty years to complete. The 775 kms long Highway was hacked through the world?s toughest terrain. It involved the service of 15,000 men of Pakistan Army and Chinese workers. During the course of construction more than 900 workers both from China and Pakistan laid their lives. Their memorial can be seen near Nomal and at Danyore. The road between Shatial and Chilas is particularly interesting as on its stretch ancient rock-carvings and etchings can be seen which date back to the Buddhist times. 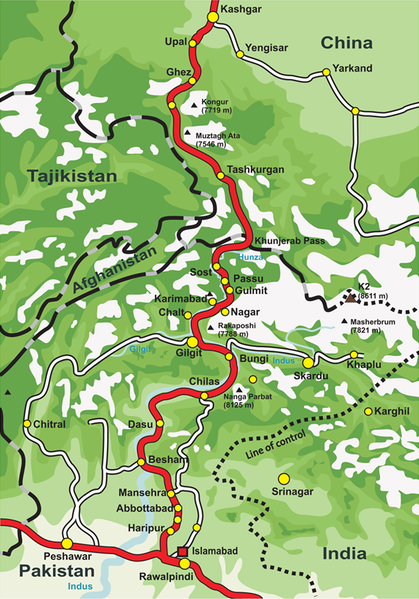