When you book with an account, you will be able to track your payment status, track the confirmation and you can also rate the tour after you finished the tour.
Sign Up
220 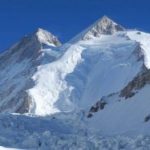 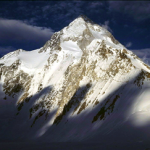 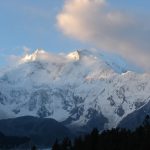 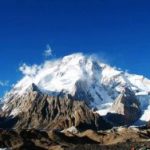 K2, the second-highest mountain on Earth, is located in the Karakoram segment of the Himalayan range, on the border between the Gilgit-Baltistan region of Pakistan administered Northern Areas and the Taxkorgan Tajik Autonomous County of Xinjiang, China.

The local name of K2 is Chogori, which in Balti language means the king of mountains. This name is little known outside of Pakistan. It is, therefore, desirable that – K2 be used.K2 is a rocky mountain up to 6000 meters, beyond which it becomes an ocean of snow. The traditional route to its base camp goes from Skardu, which is linked with Islamabad by a good road. From Skardu the route goes via Shigar-Dassu-Askole up to Concordia over the Baltoro glacier. The exact height of the peak is 8,611 meters/28,251 ft.K2 is known as the Savage Mountain due to the difficulty of ascent and the second-highest fatality rate among the “eight-thousanders” for those who climb it. For every four people who have reached the summit, one has died to try. An Italian expedition succeeded in ascending to the summit of K2 via the Abruzzi Spur on 31 July 1954. The expedition was led by Ardito Desio, although the two climbers who actually reached the top were Lino Lacedelli and Achille Compagnoni. The team included a Pakistani member, Colonel Muhammad Ata-Ullah, who had been a part of the 1953 American expedition. Also on the expedition were the famous Italian climber Walter Bonatti and Pakistani Hunza porter Mahdi, who proved vital to the expedition’s success in that they carried oxygen to 8,100 meters (26,600 ft) for Lacedelli and Compagnoni. Their dramatic bivouac in the open at that altitude wrote another chapter in the saga of Himalayan climbing.

Skardu/Chilas: Fly to Skardu. In case of cancellation of flight drive to Chilas.

Chilas/Skardu: Day free at Skardu. If you are driving, complete road journey (07–08 hrs) to Skardu.

Trek to K2 Base Camp.

Day 13-4028 days for acclimatization and climbing.

28 days for acclimatization and climbing.

Trek back to Hushe via Gondogoro La and drive back to Skardu.

Islamabad/Chilas: Fly to Islamabad. In case of flight cancellation drive to Chilas.

Leisure day at Islamabad. In case of driving, complete rod journey from Chilas to Islamabad.

Transfer to airport for your return flight home 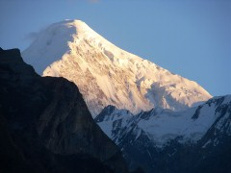