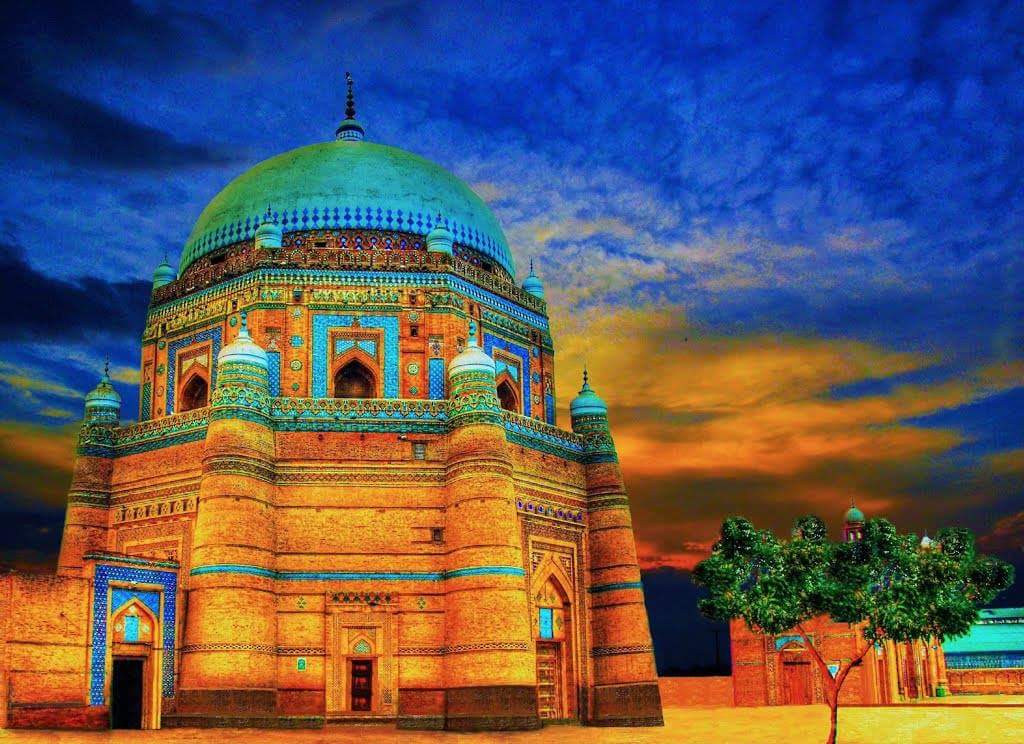 The Indus Valley Civilization or The Harrapan Civilization (3000BC-1700BC) also the Bronzs age followed by the Iron age(1200BC-700BC) was probably the second  phase of development of human being followingthe stone age (70,000BC-3300BC). This civilization  flourished in the Indus in Pakistan and Ghaggar-Hakra river valley (a seasonal river) in northwestern India, the earliest known urban culture of the Indian subcontinent, was first identified in Harrapa in 1921 and in Moenjodaro in 1922.
The settlement structure of the Indus civilization is believed to have comparised two large cities, Harrapa and Moenjodaro, and another more than hundred tiny towns and villages. Harrapa and Moenjodaro, on the basisi of similarity in architecture and other artifacts recovered by excavation, are also known as twin cities of Indus valley civilization. The major excavation centers of this civilization were Moenjodaro on the Indus river in Larkana district of Sindh province and Harrapa on the river Ravi in Sahiwal district of the Punjab province in Pakistan.
The Harrapan civilization is basically categorized into three phases. The Regionalization Era-the early Harrapans or early Bronz age (3300-2600BC), The Integration Era-the Mature Harrapans or middle Bronz age (2600-1900BC) and The Localization Era- the late Harrapans or late Bronz age (1900-1300BC). The early age relates to the starting of trade networks and distant sources of raw material. Villagers were able to have started  domesticating some crops like peas, seeds, dates and cottons etc. The mature Harrapans were a sophesticated and technologically advanced people. They seemed to have knowledge in all basic needs of life almost paralleled to the life we lead in 21st century. The were, in that time, into science, art and culture, trade and transportation, agriculture, religion and the art of symobols and writing.
Around 1800 BC the signs of decline started to emerge and by 1700 BC most of the cities were abandoned but the Indus valley civilization did not diminish suddenly. One of the possible reasons of decline of the Indus valley civilization is connected with the cooler climate. There may have been other crucial factors like the disappearance of Hakra river or even a tectonic even may have diverted the system’s sources but who knows, it just may be due to the combination of various reasons.
Well, the region lies on the ancient route frequent migration from  Arians to Huns and then by Turks and Mughals to South Asia through Hindukuch routes and passes. The Swat culture in the North is believed to have the result of settlement of Indo Aryans in the Subcontinent. The extinction of the civilization is still unknown. 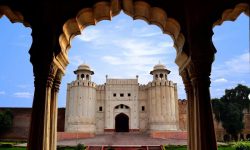 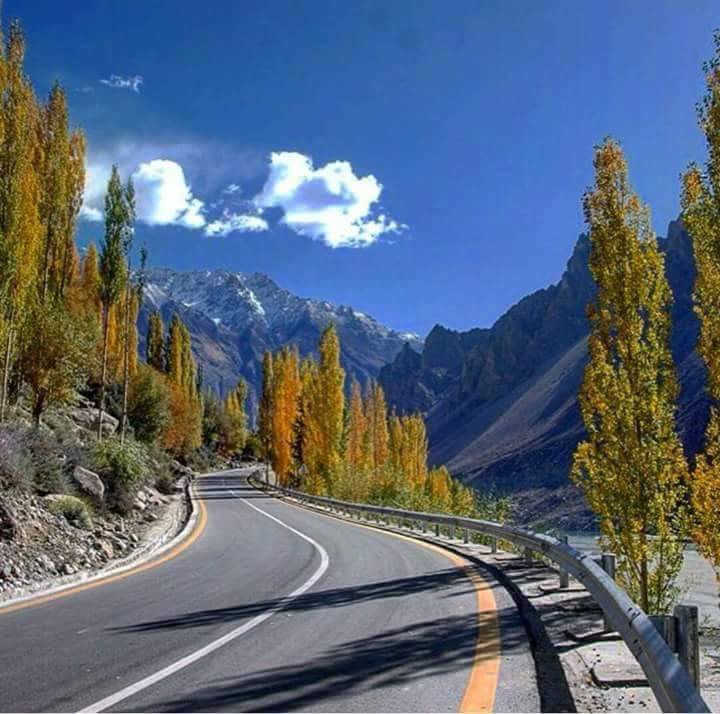 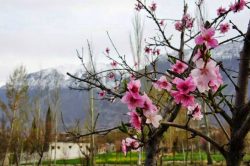 Day-01:            KARACHI
Arrival at Quiad-e-Azam International Airport in Karachi, meet with our Company representative, transfer to hotel, after some rest at hotel, sightseeing in around City, Visit Mausoleum of Muhammed Ali Jinnah, Visit shrines of Abdullah Shah ghazi at Clifton, Baba Abdullah,s Shrine is one of the most popular spots in Karachi, everyday thousands of devotees visit this tomb to offer prayers, lunch at local restaurant, after lunch we visit to National museum, Bori Bazar, Dhobi Ghat(washing area)Clifton beach, evening back to hotel, dinner and overnight at hotel.

Day-02:             KARACHI-CHAUKUNDI-MAKLI-THATA-HYDARABAD
After breakfast drive to Chaukundi necropolis and visit, Drive to Makli and Visit, proceed to Thatta near Makli we will stop for Lunch at local resturant, Visit Shah Jahan Mosque. Further drive to Hyderabad, dinner and overnight at hotel.

Day-04:             LARKANA-MOHENJODARO-SUKKUR
After breakfast drive to Sukkur, with a Visit to Mohenjo-Daro, enroute, Mohenjo-Daro is the archaeological site of Indus Civilization, which flourished here some 5000 years ago. This is third oldest Civilization in the world, being preceded only by those of Egypt and Mesopotamia. From the articles discovered here it is believed that the Iron Age had not yet dawned on the Indus Valley Civilization, The museum displays interesting relics found during excavation, such as engraved seals, utensils, ornaments, weapons, sculpture, and pottery. Further drive to Sukkur, dinner and overnight at hotel.

Day-05:             SIGHTSEEING IN SUKKUR
Full day sightseeing tour of Sukkur, after breakfast we will make en excursion to Kot Diji, which is a magnificent early 19th century Fort built by Talpurs, the former rulers of Sindh from 1789 until 1843.It is a well preserved Fort perched on the ridge of steep narrow hill and is an interesting place to Visit. Lunch at local restaurant at Sukkur, afternoon we will make a sightseeing tour of Sukkur, which has become a famous town in 10th century when Aror, the former capital of Upper Sindh was destroyed due to earthquake. We will also Visit Minaret of Masum Shah(16th Century), Faiz Mahal, an octagonal brick building with a glazed brick dome. From here we will continue to banks of River Indus to see Mohana boat people, who either live on their boats or in temporary mud huts on the banks of Indus, evening back to hotel, dinner and overnight at hotel.

Day-06:             SUKKUR-BAHAWALPUR
Today we will drive to Balawalpur via National Highway, which runs through irrigated farmlands and rich culture countryside of lower Punjab, On the way we will stop at Bhong, which boasts an extraordinary modern mosque started in the 1960s and winner of Aga Khan Award for Archjitecture,It is built in traditional style with extravagant use of gold leaf, mirror work and onyx,Its particularly famous for its stylized Arabic calligraphy,After Visit to Bhong,we again take our way to Bahawalpur,dinner and overnight at hotel.

Day-07:             BAHAWALPUR-MULTAN
After a short drive through the Bahawalpur city,we will proceed to Multan,which is a historical city and known as city of Saints. On arrival at Multan, transfer to hotel, afternoon City tour of Multan that commences with visit old Fort, Which is an eloquent example of the proud history of this City, Among the attractions inside the fort are elaborately decorated shrines of Sheikh Bahad-ud-din Zakaria, Shah Shams Tabriz and Shah Rukn-e-Alam, Damdama, the highest point in the Fort, providing a birds -eye panoramic view of the Historical City. Which has survived the destructions of invaders since Alexander the Great in the 4th century B.C. Dinner and overnight at hotel.

Day-08:             MULTAN-LAHORE
After breakfast we drive to Lahore via Harappa, Harappa is the site of an ancient and important settlement of the prehistoric Indus Valley Civilization(3rd to 2nd millennium B.C. and stands witness to 5000 years old Cultural continuity of Civilization in Pakistan. harrappa was the cradle of one of the earliest civilization known to man and conjures up images of fifty cebturies ago,a period about which very little is known. Visit Museum at Harrappa, lunch at local restaurant, proceed to Lahore, dinner and overnight at hotel.

Day-10:             LAHORE-ISLAMABAD
After breakfast drive to Islamabad via Motorway and with visit to Khewra Salt Mines, this is the 2nd largest salt Mines in the world, which were discovered long way back in 326 B.C, when Alexander the Great had a battle with King porus on the bank of Jhelum river, However, Dr. Warth introduced the scientific mining at Khewra in the year 1892 during the British Empire in the region. Afternoon we will visit Faisal Mosque, Shakarparian garden, Daman-e-koh and Lok versa, evening back to Hotel, Ddiner and overnight at hotel,

Day-11:             ISLAMABAD
After breakfast, drive to Taxila, and A short drive 25km almost 45min brings us to Taxila, an UNESCO World heritage site and the most important site of Ghandara Cultures some 2000 years ago. Visit the Museum with rich collection of artefacts and statues of Buddha, dating back to pre-Christian era. After lunch at Taxila, we drive back to Rawalpindi, sightseeing in old bazaar of Rawalpindi, dinner at local restaurant with music, overnight at hotel.

Day-12:             DEPARTURE
Early in the morning transfer to the Airport, fly back homeland, end of services

1. Accommodation as per the list provided.
2. Private air-Conditioned transport for all ground transfers.
3. Meals, breakfast, Lunch, Dinner, in hotels.
4. Entrance fees to museum and sites during Tour.
5. Tips at hotels and airport. 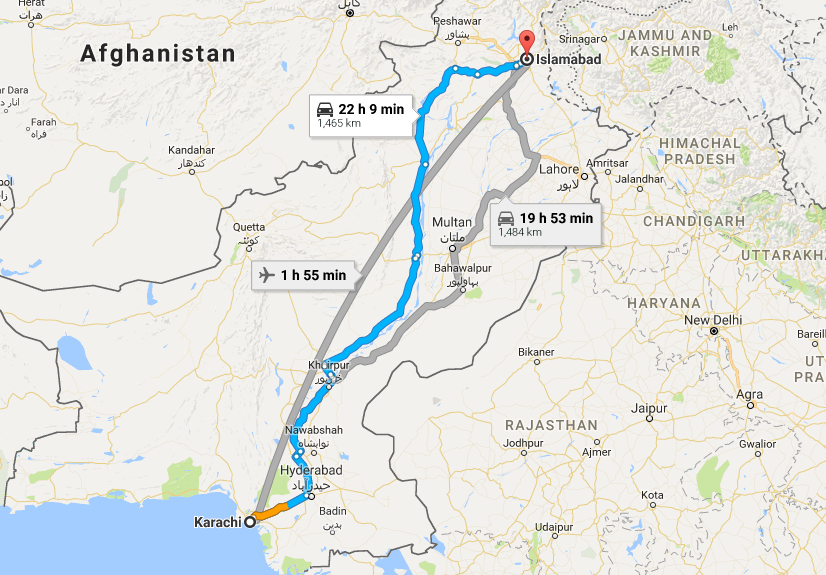 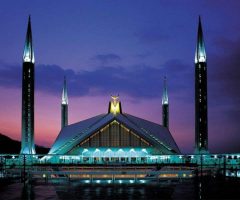 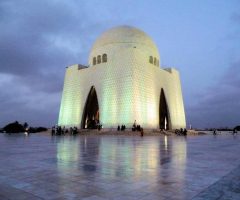 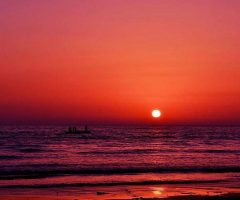 A beautiful sunset at Karachi Beach 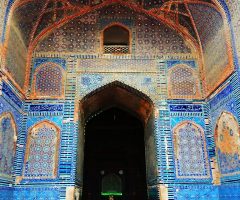 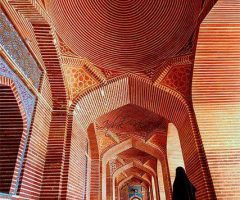 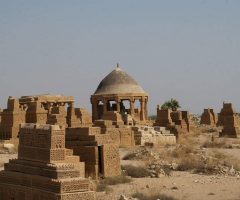 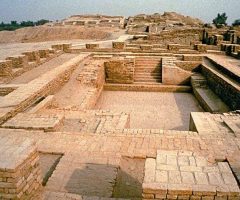 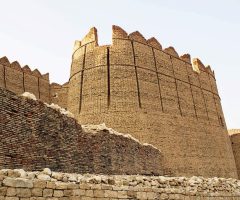 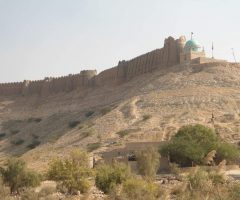 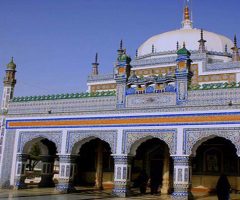 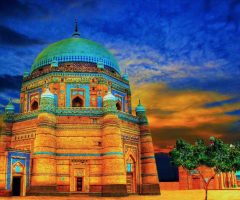 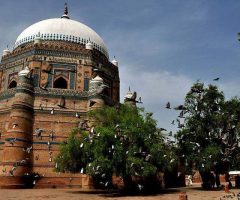 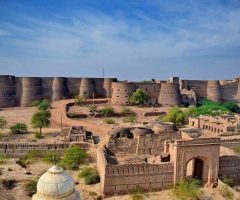 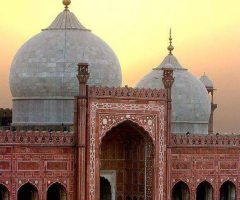 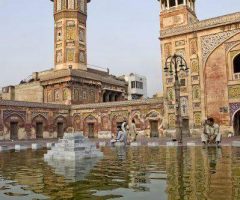